The City of Hendersonville updates this information as it becomes available. 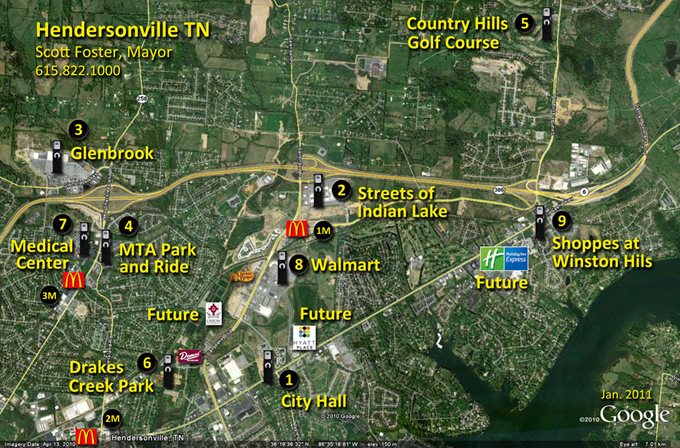 "This property was once part of a Revolutionary War Grant given to the original owners in exchange for their service to our country," said Scott Foster, Mayor of Hendersonville. "What better way to introduce the future than on ground that was originally granted over 200 years ago to those who fought for independence from the past."

"We are pleased that Ted Lyon has stepped up to be the first to offer EV Charging Stations in Hendersonville", Mayor Foster continued. "We know that electric vehicle ownership is growing in Hendersonville as residents look for more efficient modes of transportation that is easier on the wallet to operate and friendlier to the environment. We see this as a first step to increasing EV ownership in the area."