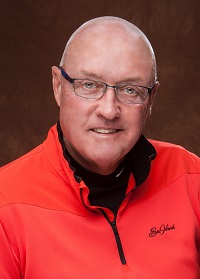 Dave received his BS in Education, Business and Sociology from Tennessee Technological University and received his masters from Western Kentucky University.  While serving as Parks Director, Dave was a member of the Tennessee Recreation and Parks Association, receiving his National Certification from NRPA.  He has served as a local ASA Commissioner and as State ASA President and State Commissioner.  He has also served as TSSAA State Softball Supervisor for over 25 years and has been the Umpire in Chief at the State High School Softball.  Dave is a member of the Amateur Softball Hall of Fame.  In 2019 Dave was honored by TSSAA with a Distinguish Service Award and the TRPA recognized him with one of only 38  Lifetime Membership Achievement Awards given over the past 70 years.  The City of Hendersonville named him to their Wall of Fame and renamed it the David LeMarbre Wall of Fame.

Dave and his wife, Patricia, a former educator,  have two sons, Eric and Michael and six grandchildren.